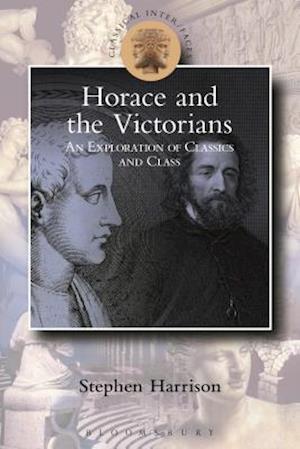 The poetry of Horace was central to Victorian male elite education and the ancient poet himself, suitably refashioned, became a model for the English gentleman. Horace and the Victorians examines the English reception of Horace in Victorian culture, a period which saw the foundations of the discipline of modern classical scholarship in England and of many associated and lasting social values. It shows that the scholarly study, translation and literary imitation of Horace in this period were crucial elements in reinforcing the social prestige of Classics as a discipline and its function as an indicator of 'gentlemanly' status through its domination of the elite educational system and its prominence in literary production. The book ends with an epilogue suggesting that the framework of study and reception of a classical author such as Horace, so firmly established in the Victorian era, has been modernised and 'democratised' in recent years, matching the movement of Classics from a discipline which reinforces traditional and conservative social values to one which can be seen as both marginal and liberal.

Forfattere
Bibliotekernes beskrivelse "A survey of Horace's role in, and appropriation by, Victorian culture, addressing issues of social class, education and the prestige of classical scholarship"--