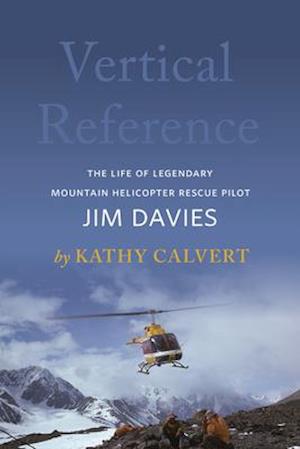 An exciting and heart-pounding look at one of Western Canada's most adventurous individuals, known as a pioneer pilot of the heli-ski industry and as the first mountain-rescue pilot in the Canadian National Parks system.

Jim Davies is an icon of competence and courage as the first heli-skiing pilot in Canada. But it is his groundbreaking work as a helicopter rescue pilot for Parks Canada that made him a legend to all who worked with him. His stellar career as a pilot overshadowed his other talents as a ski racer and artist.

Jim received several awards for his work in mountain rescue, including the Helicopter Association International - Pilot Safety Award of Excellence, the Alberta Achievement Award for excellence in helicopter flying, the Summit of Excellence Award at the Banff Film and Book Festival, and the Robert E. Trimble Memorial Award for "distinguished performance in helicopter mountain flying." He is now retired and living in Banff, pursuing his love of painting and photography.