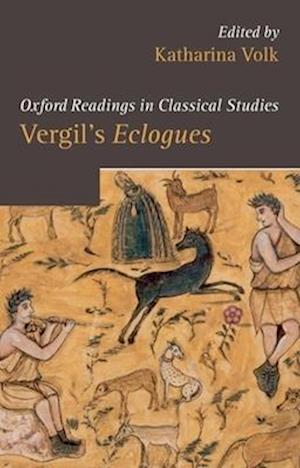 This volume, together with its companion on the Georgics and the previously published volume on the Aeneid, completes the coverage of Vergil's poetry in Oxford Readings in Classical Studies. It collects ten classic papers on the Eclogues written between 1970 and 1999 by leading scholars from several different countries. The contributions are representative of recent developments in Vergilian scholarship, with some discussing generalissues raised by the work and others treating important individual poems and passages. The editor's introduction places the essays in their context. A conspectus of contemporary Eclogues criticism, the book will be helpful to students who are encountering the poems for the first time - all Latin has been translated - and will alsoserve as a reference work for more seasoned scholars.

Forfattere
Bibliotekernes beskrivelse A collection of ten classic essays on Vergil's Eclogues, written between 1970 and 1999. The contributions represent recent developments in Vergilian scholarship, and are placed in context in a specially written introduction.