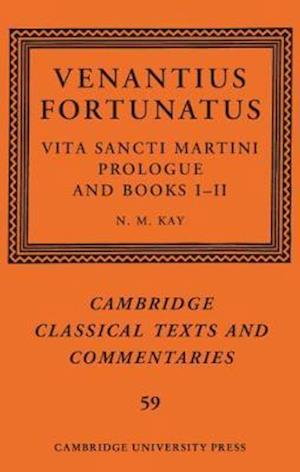 This volume provides a new critical text of the Prologue and the first two books of Venantius Fortunatus' Vita Sancti Martini, a work, written in the latter half of the sixth century, which paraphrases in epic verse the famous prose hagiography of St Martin by Sulpicius Severus. This edition offers the first English translation of and the first full commentary on that part of Venantius' poem. Venantius was one of the last writers in a recognisably classical Latin tradition and his Vita affords a fascinating insight into the language and literary culture of his time. It is, however, a deceptively allusive and difficult poem, and the introduction and commentary of this book deal extensively with matters of exegesis, textual criticism, language, metre and much else. It will be valuable for students of the literature and culture of late Latin antiquity, and for those interested in early Christianity and hagiography.

Forfattere
Bibliotekernes beskrivelse A critical edition of part of Venantius Fortunatus' Vita Sancti Martini, which paraphrases in epic verse Sulpicius Severus' famous prose hagiography of St Martin and represents one of the last flowerings of a recognisably classical Latin tradition. Deals extensively with matters of exegesis, textual criticism, language, metre and much else. Worked examples or Exercises