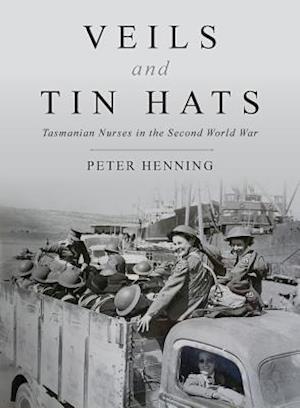 More than 200 Tasmanian nurses enlisted in Australian and British military forces during the Second World War. They formed a cross section of Australian nurses who enlisted and in microcosm, their experiences replicated those of the whole with few exceptions. They were in the Middle East, Egypt, Greece and Ceylon from 1940 to 1943, in Malaya and Singapore in 1941 and early 1942, in Papua, New Guinea, New Britain, New Caledonia, Morotai and Borneo from 1942 onwards, and back in Singapore after the war had finished. Some also served on hospital ships, especially the Wanganella. Several were prisoners of the Japanese, and some died in captivity. Others went to the Philippines as part of medical teams to nurse released prisoners of war, and some went to Japan in 1946 as part of the occupying forces. They also served in the Northern Territory when the military hospitals there were exposed to Japanese air attack, and they worked in medical units scattered throughout Australia. Some also travelled by sea to Canada and the United States with Australian air crew trainees, and some served with British military forces in England, Europe and India. They therefore form a representative sample of Australian military nurses in general, but they are not too large as an overall cohort to prevent attention to individual and small-group experiences in some detail. This closer focus enables an exploration of the diversity of experiences which nurses had, the dangers they faced, the conditions under which they worked, and the impact of the war on their lives. Veils and Tin Hats contains over 200 photos, includes nominal rolls of Tasmanian nurses and AAMWS and is indexed. About the Author Peter Henning was born and educated in Tasmania. For much of his working life he was a history teacher at senior secondary colleges in Hobart and Launceston, finishing his teaching career as an assistant principal at Launceston College in 2002. He is the author of Doomed Battalion (Allen & Unwin 1995), a history of the largely Tasmanian 2/40 Battalion, captured by the Japanese on Timor in early 1942, tis members then scattered through prison camps across east Asia. He was a contributing writer to The Companion to Tasmanian History (University of Tasmania 2005) and The Australian Centenary History of Defence (Volume VI, Oxford, 2001). In between writing history he has written extensively about Tasmanian contemporary political issues and has established, with his wife Diane, an award-winning olive grove in the Tamar Valley, north of Launceston.