Vascular Morphogenesis: In Vivo, In Vitro, In Mente 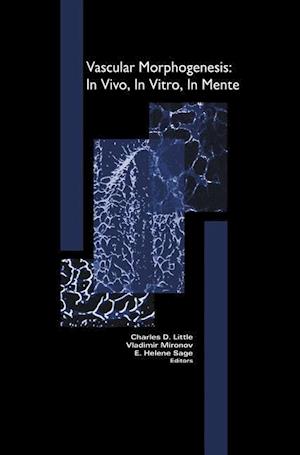 The overall scope of this new series will be to evolve an understanding of the genetic basis of (1) how early mesoderm commits to cells of a heart lineage that progressively and irreversibly assemble into a segmented, primary heart tube that can be remodeled into a four-chambered organ, and (2) how blood vessels are derived and assembled both in the heart and in the body. Our central aim is to establish a four-dimensional, spatiotemporal foundation for the heart and blood vessels that can be genetically dissected for function and mechanism. Since Robert DeHaan's seminal chapter "Morphogenesis of the Vertebrate Heart" pub lished in Organogenesis (Holt Reinhart & Winston, NY) in 1965, there have been surprisingly few books devoted to the subject of cardiovascular morphogenesis, despite the enormous growth of interest that occurred nationally and internationally. Most writings on the subject have been schol arly compilations of the proceedings of major national or international symposia or multiauthored volumes, often without a specific theme. What is missing are the unifying concepts that can make sense out of a burgeoning database of facts. The Editorial Board of this new series believes the time has come for a book series dedicated to cardiovascular morphogenesis that will serve not only as an important archival and didactic reference source for those who have recently come into the field but also as a guide to the evolution of a field that is clearly coming of age.