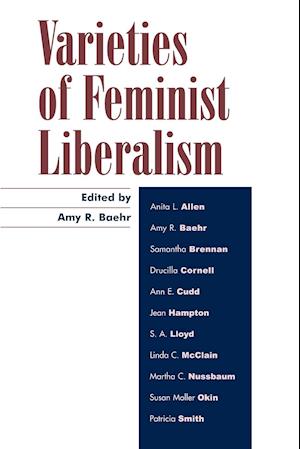 Over the past thirty years, western political philosophy has been enriched by a renewed interest in liberalism, and by the development of feminism. Although liberalism is one of the important historical roots of feminism, many contemporary feminist political philosophers reject liberal political theory. Indeed, that liberalism and feminism are incompatible has been the dominant view among feminist scholars over the past 30 years. Varieties of Feminist Liberalism is a groundbreaking collection that examines the relationship between these two rich normative traditions. The essays in this volume present versions of feminism that are explicitly liberal, or versions of liberalism that are explicitly feminist. By bringing together some of the most respected and well-known scholars in mainstream political philosophy today, Amy R. Baehr challenges the reader to reconsider the dominant view that liberalism and feminism are 'incompatible.' This long overdue volume is the first to bring together papers by feminist liberals and to aim explicitly at reconciling feminism and liberalism.