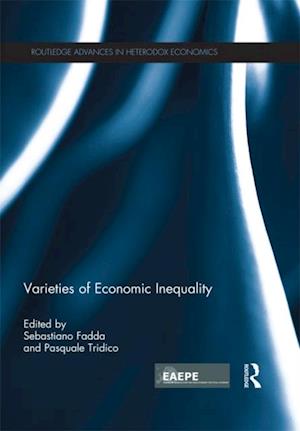 Recently, the issue of inequality has regained attention in economic and political debates. Although this interest is welcome, the debate is still mostly focused on income or wealth distribution, which is an important aspect but does not present a complete view of inequality. Most of the theoretical and empirical studies produced by economists concern personal income distribution or factor income distribution. This is more evident in the studies of the evolution and characteristics of contemporary capitalism and globalization. Varieties of Economic Inequality considers both theoretical perspectives and empirical evidence of aspects such as income, gender, race, technology, power, region, education and class. Ultimately, this text rejects the idea of supposed long run constant factor shares, the positive effects of inequality and the greater importance of absolute level of income compared to its unequal distribution, and instead reveals the structural inequalities that exist within societies. This book advocates a move away from the focusing on inequality at the level of the individual and suggests policy for eradicating these various forms of inequality. It is suitable for those who study political economy, social inequality as well as economic theory and philosophy.