Value Creation and the Internet of Things

- How the Behavior Economy will Shape the 4th Industrial Revolution 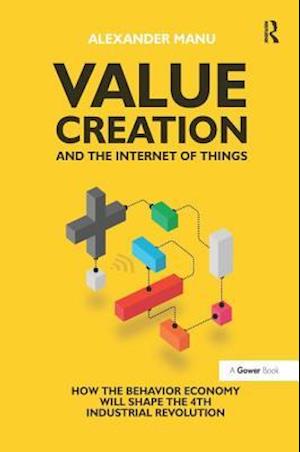 We live in a behavior economy, an environment in which people no longer engage with companies just by purchasing things, but they seek engagement with services that allow them to behave, to leave a mark, and to participate in the community of others. The economic model promoted by the behavior economy is a model where behavior is the only goal of our actions, and where intrinsic motivation is the key to participation, engagement, and the satisfaction of multiple dimensions of value. Value Creation and the Internet of Things describes value delivery and consumption, and the mechanisms by which new value is captured and created, in enterprises dedicated to competing and prospering in this new environment. This book is significant in the context of the Internet of Things becoming mainstream, forcing organizations to re-examine their value creation methodologies in light of new consumer behavior and expectations. The Internet of Things will reframe the existence of the ones enriched by it. It will do so not because it can, but because our motivation will demand it. This is a book about reframing reality for new and incumbent organizations. The reality to reframe is not an imaginary one, but the immediate reality in which one operates: the behavior economy.