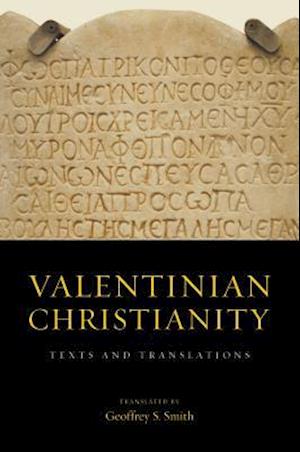 Valentinus, an Egyptian Christian who traveled to Rome to teach his unique brand of theology, and his followers, the Valentinians, formed one of the largest and most influential sects of Christianity in the second and third centuries. But by the fourth century, their writings had all but disappeared suddenly and mysteriously from the historical record, as the newly consolidated imperial Christian Church condemned as heretical all forms of what has come to be known as Gnosticism. Only in 1945 were their extensive original works finally rediscovered, and the resurrected "Gnostic Gospels" soon rooted themselves in both the scholarly and popular imagination.Valentinian Christianity: Texts and Translations brings together for the first time all the extant texts composed by Valentinus and his followers. With fresh, carefully annotated translations throughout and new transcriptions of the original Greek, Latin, and Coptic on facing pages, Geoffrey S. Smith provides an illuminating, balanced overview of Valentinian Christianity and its formative place in Christian history.