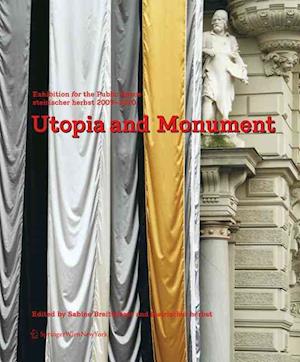 This publication documents and reflects upon the two-year exhibition project Utopia and Monument at the steirischer herbst 2009 and 2010 in Graz. Focusing on two special themes - 'The Privatization of Public Sphere' (2009), and 'Virtuosity and Public Sphere' (2010) - ten artworks each year, making a total of 20 new works (installed for the duration of the respective exhibition) were commissioned for Graz. As a point of departure, two concepts were provocatively presented for discussion that had disappeared from the debate on public space: 'utopia' as a space of thought, and the 'monument' as a space of memory. The book documents the Artist's works and discusses them by numerous contribution from renown authors.

Forfattere
Bibliotekernes beskrivelse This publication examines the two-year exhibition project Utopia and Monument at the art festival Steirischer Herbst in Graz, in 2009 and 2010. It documents the artist's works and discusses them by numerous contribution from renown authors. 118 colour illustrations