- Constitutions in Chinese Politics and Society 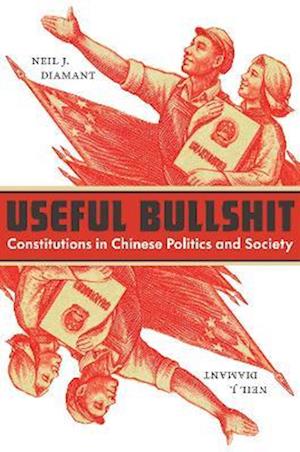 In Useful Bullshit Neil J. Diamant pulls back the curtain on early constitutional conversations between citizens and officials in the PRC. Scholars have argued that China, like the former USSR, promulgated constitutions to enhance its domestic and international legitimacy by opening up the constitution-making process to ordinary people, and by granting its citizens political and socioeconomic rights. But what did ordinary officials and people say about their constitutions and rights? Did constitutions contribute to state legitimacy? Over the course of four decades, the PRC government encouraged millions of citizens to pose questions about, and suggest revisions to, the draft of a new constitution. Seizing this opportunity, people asked both straightforward questions like 'what is a state?', but also others that, through implication, harshly criticized the document and the government that sponsored it. They pressed officials to clarify the meaning of words, phrases, and ideas in the constitution, proposing numerous revisions. Despite many considering the document 'bullshit,' successive PRC governments have promulgated it, amending the constitution, debating it at length, and even inaugurating a 'Constitution Day.'Drawing upon a wealth of archival sources from the Maoist and reform eras, Diamant deals with all facets of this constitutional discussion, as well as its afterlives in the late '50s, the Cultural Revolution, and the post-Mao era. Useful Bullshit illuminates how the Chinese government understands and makes use of the constitution as a political document, and how a vast array of citizens-police, workers, university students, women, and members of different ethnic and religious groups-have responded.