US Navy A-1 Skyraider Units of the Vietnam War

- Burgess, R: A-1 Skyraider Units of the Vietnam War 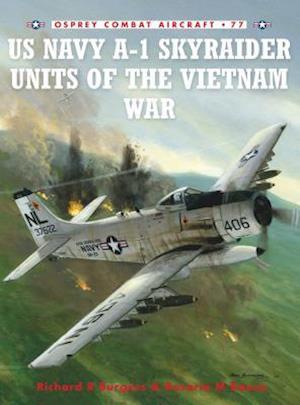 Nicknamed the 'flying dump truck', the A-1 was a key component in naval air wings from the end of World War II into the 1960s, allowing the aircraft to play its part in the escalating conflict in Vietnam. Both A-1 attack and EA-1F airborne early warning aircraft saw action in Southeast Asia from 1960 through 1969, when the last examples were finally retired from carrier decks. The A-1s in particular bombed targets in both North and South Vietnam, despite the aircraft being highly vulnerable to enemy flak and fighters. Co-written by a two-tour Vietnam War combat veteran in the A-1, this is the first book that focuses exclusively on the aircraft's service in Vietnam.