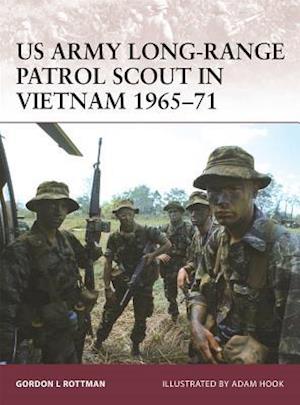 Osprey's survey of the Long-Range Patrol Scouts of the US Army during the Vietnam War (1955-1975). The Vietnamese knew the Long-Range Patrol Scouts as the men with green faces, a reference to the camouflage paint that they used. Operating in patrols of four to six men these men were like ghosts, operating well behind enemy lines and fighting in the shadows. In the rough, inhospitable jungle war these Scouts became invaluable assets. They did not engage the enemy, rather they became the Free World's eyes on the ground, spying out enemy positions and movements before calling in strikes to eliminate them. This book examines the Long-Range Patrol Scout's superior stealth movement techniques, camouflage and concealment, tracking, counter-tracking, observation, and other fieldcraft skills. It also examines the occasions they participated in small scale direct actions including ambushes and small scale raids. Written by a Special Forces' Veteran who fought in Vietnam, and packed with rare photographs and full-color artwork this book not only provides an insight into the remarkable lives of these scouts when on campaign, but also details the training and conditioning that it took to become a shadow warrior.