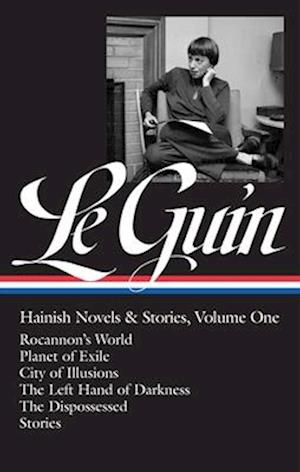 For more than a half century, Ursula K. Le Guin's visionary science fiction has expanded boundaries and ambitions of the genre, bringing new literary aspiration to bold explorations of sexuality and gender, race and power, and the meaning of freedom. This volume, the first in a deluxe two-volume edition of her brilliant Hainish novels and stories, gathers five books, including her masterworks The Left Hand of Darkness (1969) and The Dispossessed (1974), and four stories, and features a new introduction by the author. Our most celebrated living science fiction writer, Le Guin crafts with an anthropologist's eye for detail the compelling and imaginative story of humanity's colonization of other planets, where through evolution and genetic manipulation separate human species emerge and establish the galaxy-spanning League of All Worlds. Through this fantastic universe, Le Guin's delves into the ambiguities of culture and the mystery of what makes us human. Series Overview- This volume, number 296 in the Library of America series, is the second in the LOA Ursula K. Le Guin edition