- Of Love and War 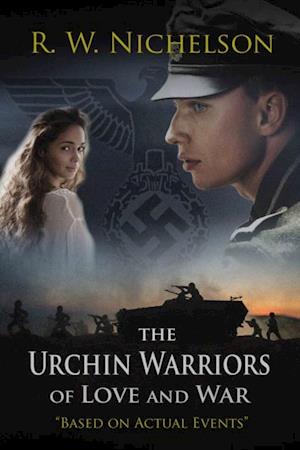 The elite 12th SS Hitler youth Panzer Division consisting of seventeen and eighteen-year-old boys was one of WWII's most feared fighting forces. Fanatically dedicated to Nazi ideology and the Third Reich, these young men participated in such decisive battles as the counter attack of the D-Day invasion in Normandy to the chaos of the Battle of the Bulge. This is the story of Kristian Ackmann, his baptism of fire in bloody combat and the despair of a forbidden love. In the last years of WWII, Germany became desperate for men due to the massive casualties suffered fighting the Russians on the Eastern Front. Out of this desperation Hitler began drafting boys between the ages of 16 to 18 years old. Young Kristian joins the 12th SS and is sent to Caen France, near the Normandy coast in preparation of the inevitable allied invasion. On his way to France he meets Holly Petit, an inviting and beautiful young French girl. They quickly fall madly in love, amid the chaos of war. But their love must be kept secret for fear of retribution from both sides of this unparalleled conflict. Saboteurs, spies and the allies, are a constant danger to Kristian and they somehow know every move the Germans make. As the danger increases day by day, so does the passion these two young lovers share. Though their nations are enemies, they find love and comfort from the unending nightmare in each other's arms. Love can't conquer war, but can it survive one?