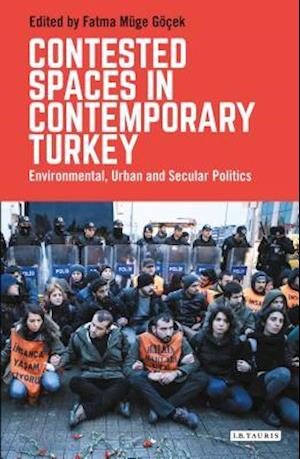 The most significant political development of the post-Cold War era was, arguably, the diffusion of neoliberalism across the globe. Yet behind the illusion of abundance and development, the 'rule of the market' can be violent and destructive, exploiting the environment, dismissing cultural or historical conservation and ignoring individual rights. This book now examines the emergence and consequences of neoliberalism in Turkey. Of particular importance to the study are the contested spaces - those sites of struggle and protest - where the impact of this economic system is challenged or negotiated. The contributors look beyond the neoliberal cities of the West - Istanbul and Ankara - to take into account the rest of the country and the groups that are most negatively affected: such as the Kurds, women and migrants. Chapters consider the complexity of neoliberalism in Turkey, where the power of the market, the agenda of the state, and significantly, the country's past, are shown to have shaped current economic practices and policies.Contested Spaces in Contemporary Turkey sheds new light on the societal processes that are re-shaping modern Turkey, a subject which is of increasing importance considering Erdogan's new model for an Islam-based state and in the aftermath of the July 2016 military coup attempt. It is at the cutting edge of research on urban history and social space and will be a significant resource for scholars of Turkish Studies and Kurdish Studies.

Forfattere
Bibliotekernes beskrivelse An analysis of the destructive impact of neoliberalism in contemporary Turkey, especially in relation to social space and resistance 21 bw integrated, 2 maps, 2 tables