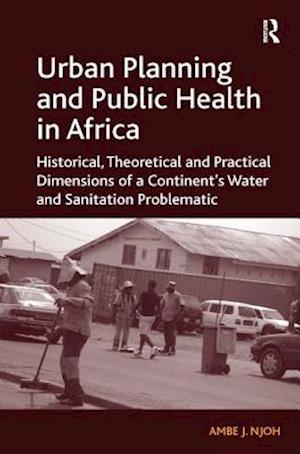 Established indicators of development suggest that, as a group, African countries lag behind their counterparts in other regions with respect to public health. Particularly noteworthy is the fact that the public health problems of these countries are rooted in preventable causes associated with hygiene and sanitation. It is customary to attribute the problems that ail Africa to the lack of financial resources. This book deviates from convention by suggesting non-financial factors as the source of sanitation problems on the continent, and argues the need to re-connect urban planning to public health. These two professions are consanguine relatives and emerged to combat the negative externalities of the industrial revolution and concomitant urbanization. However, with the passage of time, the professions drifted apart. Today, more than ever, there is a need for the two to be re-connected. This need is rooted in the increasing complexity of urban problems whose resolution requires interdisciplinary initiatives. To this end, there is hardly any question that urban public health initiatives are unlikely to succeed without the collaboration of both public health and urban planning experts. The book recognizes this truism, and stands as the first major academic work to demonstrate the inextricably intertwined nature of urban planning and urban public health in Africa.