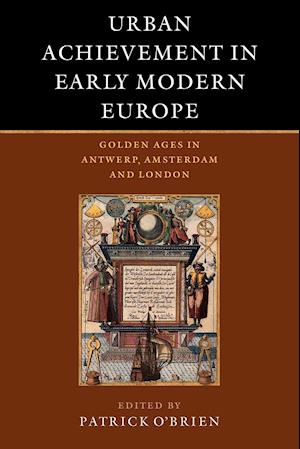 This innovative work in comparative urban history explores why outstanding achievements in material and intellectual culture in early modern Europe tended to cluster in certain maritime cities. Patrick O'Brien and his co-editors have assembled a team of eighteen distinguished historians from Belgium, the Netherlands, Britain and North America, who have collaborated to make detailed comparisons of economic, architectural, artistic, publishing and scientific achievements in three renowned mercantile and imperial cities during their golden ages: Antwerp (c. 1492-1585), Amsterdam (c. 1585-1659) and London (c. 1660-1730). The book examines growth and fluctuations in the fortunes of all three cities in the context of broader trends in the growing urbanization of Europe's populations, cultures, societies and economies. The study is located in the histories of politics, warfare and culture in early modern Europe and offers fascinating insights to scholars and students of economic, social and cultural history.