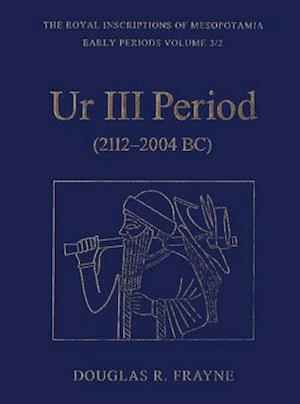 This volume provides editions of all known royal inscriptions of the five kings of the Third Dynasty of Ur (2112-2004 BC), from Ur-Nammu to Ibbi-Sin, as well as those of contemporaneous rulers of states on the periphery of the Ur III empire (excluding Elam). Ur III Period contains the first complete edition of the Fu-Sin inscriptions, the most complete and up-to-date information on the members of the Ur III royal family, and the first published charts of Ur III city governors, providing a wealth of new material for researchers. Douglas Frayne has provided indexes of museum numbers, excavation numbers, provenances, dimensions, and lines preserved of the various exemplars in an easy-to-read tabular mode. The accompanying microfiche displays the text of selected inscriptions in a "musical score" format. Most of the inscriptions are in Sumerian, with a few in Akkadian and one in Hurrian. Ur III Period (2112-2004 BC) is yet another exhaustively researched and substantial contribution to the RIM project, and to the study of ancient Mesopotamia.