UP UP IN A WAY

indgår i serie World of the Resident 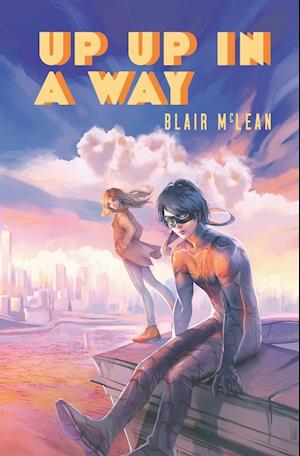 Have you ever wished for someone to save the world from its politicians? In 1993, New York City, Nigel Nakagawa, Japanese cult follower and reluctant superhero, and Karissa Lacey, INS Agent and former child vigilante, could be the heroes for you. Just maybe…

When universes collide, and Nigel and Karissa find themselves on the same beach during the Golden Venture disaster, an illegal human smuggling operation gone awry, the unlikely duo find they must work together to bring justice to the person responsible.

Tangling with inner demons, organized crime and the xenophobic New York mayor, whom they believe is behind the smuggling, Nigel and Karissa discover that apathy, exploitation and anti-immigrant sentiments do not respond to heroic intervention in the ways they hoped. Faced with these implacable forces, they must ask themselves: do they truly want to live the lives of heroes?

If you like a character-driven series with action, adventure, mystery, and a power-granting, possibly evil alien parasite, spanning time, place and setting, this one's for you.