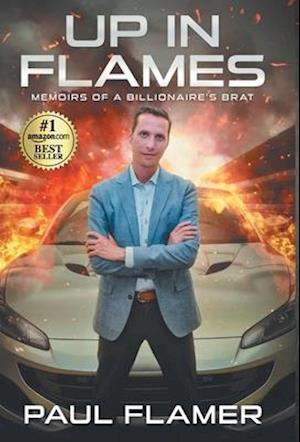 When Paul Flamer was twenty-three years old, he met Jeffrey, a wealthy tech mogul who introduced this small-town boy from Texas to the finer things in life. Jeffrey whisked Paul away on international trips, bought him fancy cars and multiple houses - and eventually, a green diamond wedding ring. There was a dark side to this seeming fantasy, though. In addition to funding Paul's designer wardrobe, Jeffrey also financed his increasing dependence on drugs. Unable to come out to his judgmental family, Paul began living a double life: On one hand, the straitlaced, patriotic airman; on the other, a reckless party boy and billionaire's brat. Paul would lose Jeffrey, his money, his dignity, and very nearly his own life before he learned the true meaning of RuPaul's anthem, "If you can't love yourself, how in the hell you gonna love somebody else?"

Barnstorming through Salt Lake City, Los Angeles, Austin, Las Vegas, Sydney, London, and Ramstein, Germany, UP IN FLAMES follows one man's around-the-world journey to reconcile addiction and ambition, religion and sexuality, and how sometimes the only way out may just be to burn it all down.