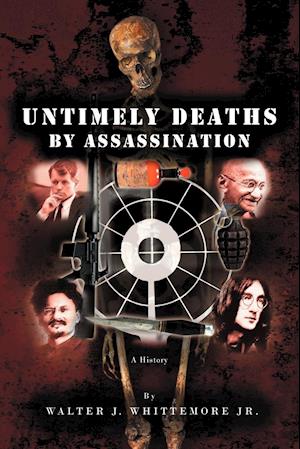 In Untimely Deaths by Assassination, author Walter J. Whittemore Jr. delves into both the high-profile and barely known successful assassinations from ancient times through the twentieth century. He offers a concise background of each individual, explores the methods and plots used, and reveals the impact of the assassination on society.

Whittemore provides interesting historical facts and brings to life some of the lesser known figures who were targeted. In addition, Whittemore offers an extensive bibliography for further research. Those profiled in this collection include

A one-of-a-kind compendium, Untimely Deaths by Assassination delivers an eye-opening study of the role of assassination within history.