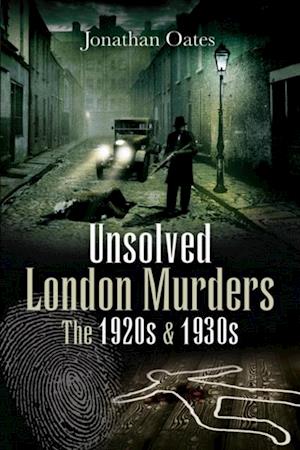 The real-life murder mysteries that rocked London between two world warsfrom the author of Unsolved Murders of Victorian and Edwardian London. Unsolved crimes have a special fascination, none more so than unsolved murders. The shock of the crime itself and the mystery surrounding it, the fear generated by the awareness a killer on the loose, the insight the cases give into outdated police methods, and the chance to speculate about the identity of the killer after so many years have passedall these aspects of unsolved murder cases make them compelling reading. In this companion volume to his bestselling Unsolved Murders of Victorian and Edwardian London, Jonathan Oates has selected over twenty haunting, sometimes shocking, cases from the period between the two world wars. Included are the shooting of PC James Kelly in Gunnersbury, violent deaths associated with Irish Republican Army conspiracies, the stabbing of the French acrobat Martial Lechevalier in Piccadilly, the strychnine poisoning of egg-seller Kusel Behr, the killing by arsenic of three members of a Croydon family, and, perhaps most gruesome of all, the case of the unidentified body parts found at Waterloo Station. Jonathan Oates describes each of these crimes in precise, forensic detail. His case studies shed light on the lives of the victims and summon up the ruthless, sometimes lethal character of London itself.