- Refugee Camps and the Making of Multicultural Britain 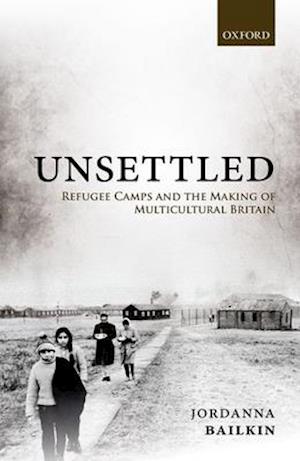 Today, no one really thinks of Britain as a land of camps. Camps seem to happen 'elsewhere', from Greece, to Palestine, to the global South. Yet over the course of the twentieth century, dozens of British refugee camps housed hundreds of thousands of Belgians, Jews, Basques, Poles, Hungarians, Anglo-Egyptians, Ugandan Asians, and Vietnamese. Refugee camps in Britain were never only for refugees. Refugees shared a space with Britons who had been displaced by war andpoverty, as well as thousands of civil servants and a fractious mix of volunteers. Unsettled: Refugee Camps and the Making of Multicultural Britain explores how these camps have shaped today's multicultural Britain. They generated unique intimacies and frictions, illuminating the closeness ofindividuals that have traditionally been kept separate - 'citizens' and 'migrants', but also refugee populations from diverse countries and conflicts. As the world's refugee crisis once again brings to Europe the challenges of mass encampment, Unsettled offers warnings from a liberal democracy's recent past. Through lively anecdotes from interviews with former camp residents and workers, Unsettled conveys the vivid, everyday history of refugee camps, which witnessed births and deaths, love affairs and violent conflicts, strikes and protests, comedy and tragedy. Their story - like that of today's refugee crisis - is one ofcomplicated intentions that played out in unpredictable ways. The aim of this book is not to redeem camps - nor, indeed, to condemn them. It is to refuse to ignore them. Unsettled speaks to all who are interested in the plight of the encamped, and the global uses of encampment in our present world.

Forfattere
Bibliotekernes beskrivelse Over the course of the twentieth century, dozens of British refugee camps housed hundreds of thousands of displaced people from across the globe. Unsettled explores the hidden world of these camps and traces the complicated relationships that emerged between refugees and citizens. 33 black and white figures/illustrations