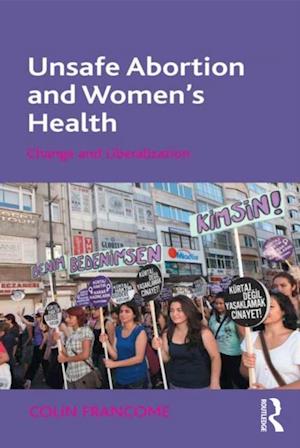 Unsafe abortion remains one of the most neglected sexual and reproductive health problems according to the World Health Organisation. In recent years it has been estimated that nearly 44 million abortions occur annually leading to around 47,000 deaths. At this rate a woman will die of an unsafe abortion every 11 minutes. Bringing together a wealth of information from around the world, this book argues that the time has come for a great change in legislation, advocating a shift towards the legalization of abortion to improve the health of women in poorer countries. With attention to circumstances in each of the major continental regions, an outline of the global situation is provided to reveal the major trends in the provision and procurement of abortion, as well their effects. Presenting data drawn from over a hundred countries covering over ninety per cent of the world's population, based on published statistical information, changes to legal frameworks, court cases and the accounts of local commentators and activists, Unsafe Abortion and Women's Health will be of interest to scholars and students of the sociology of medicine, gender and reproductive health, social and health policy and feminist studies.