indgår i serie Shatter Me 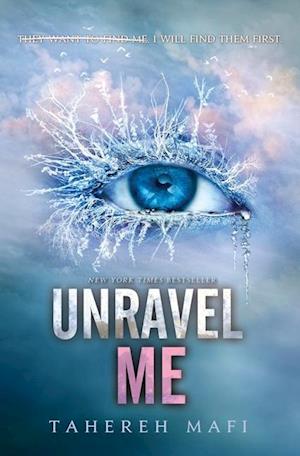 It should have taken Juliette a single touch to kill Warner. But his mysterious immunity to her deadly power has left her shaken, wondering why her ultimate defense mechanism failed against the person she most needs protection from.

She and Adam were able to escape Warner's clutches and join up with a group of rebels, many of whom have powers of their own. Juliette will finally be able to actively fight against The Reestablishment and try to fix her broken world. And perhaps these new allies can help her shed light on the secret behind Adam's--and Warner's--immunity to her killer skin.

Juliette's world is packed with high-stakes action and tantalizing romance, perfect for fans of the Red Queen series by Victoria Aveyard and the Darkest Minds trilogy by Alexandra Bracken.

Ransom Riggs, #1 New York Times bestselling author of Miss Peregrine's Home for Peculiar Children, raved: "A thrilling, high-stakes saga of self-discovery and forbidden love, the Shatter Me series is a must-read for fans of dystopian young-adult literature--or any literature "

And don't miss Defy Me, the shocking fifth book in the Shatter Me series

Forfattere
Bibliotekernes beskrivelse In the pulse-pounding sequel to "Shatter Me, " which "Publishers Weekly" called "a gripping read from an author who's not afraid to take risks," Juliette learns to control her powers but is forced to choose between her heart-and Adam's life.