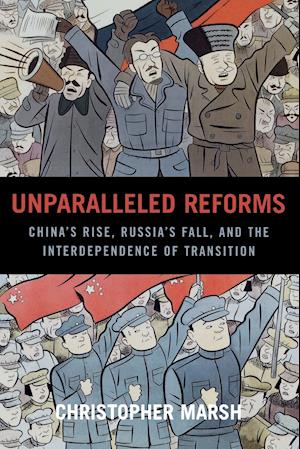 The reforms of the Soviet and Chinese communist regimes were unparalleled-both in the radical, precedent-setting reforms attempted by the two countries and in the outcomes of these attempts. While the Soviet Union collapsed quickly in the midst of its reforms, more than a decade later China, the world's most populous country, still stands as a testament to the resilience of Communist rule. It is this phenomenon that Christopher Marsh explores in Unparalleled Reforms. Marsh goes beyond simply discussing the differing initial conditions, the sequencing of reform, and cultural differences to also consider the objectives and intentions of the policy makers and leaders that directed the reform processes and the interdependent nature of politics on the world stage. Unparalleled Reforms offers the reader a sophisticated understanding of the nature of political reform and develops a theoretical model that can account for commonly overlooked factors that affect political processes in all types of political systems. In a class all its own, this is an important work for scholars interested in comparative politics, international relations, economics, Asian studies, and Russian studies.