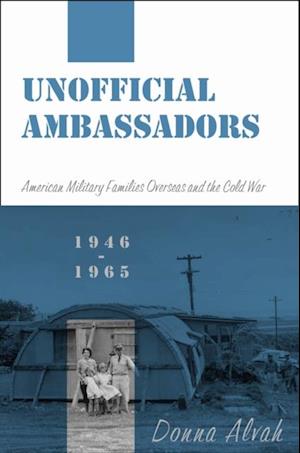 As thousands of wives and children joined American servicemen stationed at overseas bases in the years following World War II, the military family represented a friendlier, more humane side of the United States' campaign for dominance in the Cold War. Wives in particular were encouraged to use their feminine influence to forge ties with residents of occupied and host nations. In this untold story of Cold War diplomacy, Donna Alvah describes how these 'unofficial ambassadors' spread the United States' perception of itself and its image of world order in the communities where husbands and fathers were stationed, cultivating relationships with both local people and other military families in private homes, churches, schools, women's clubs, shops, and other places.Unofficial Ambassadors reminds us that, in addition to soldiers and world leaders, ordinary people make vital contributions to a nation's military engagements. Alvah broadens the scope of the history of the Cold War by analyzing how ideas about gender, family, race, and culture shaped the U.S. military presence abroad.