- Conversions to Christianity in the Contemporary West 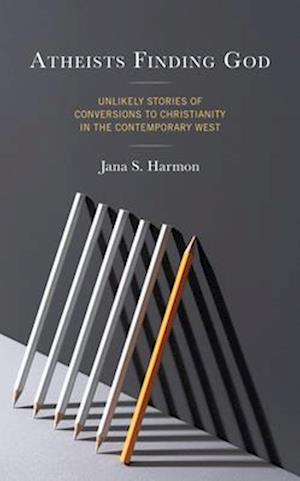 In a Western culture of increasing skepticism towards conservative Christianity, what motivates intellectually-driven atheists to believe in the reality of God and become passionate followers of Christ? Review of social science literature confirms a predominant functional approach to religious conversion, effectively reducing a complex, substantive phenomenon to a partial functional explanation. In response, the chief focus of this book is to take a broader look at religious conversion to determine the precursors and pathways from atheistic disbelief to belief in God and Christianity within an educated population. Findings are drawn from PhD-based research evaluating a broad range of functional and substantive variables influencing religious conversion. Data was collected through both survey and interview of fifty educated, skeptical atheists in the contemporary West who once held belief God and Christianity as implausible, unattractive, and irrelevant. Yet, they became utterly convinced that the Christian faith was true and good, worth personal life commitment. These former atheists not only experienced a change of their worldview, but also a dramatic transformation of their 'whole world.' In-depth narrative analysis revealed the integrated, transformative nature of religious conversion in areas of sense-making, identity, experience, meaning and purpose, community, language, and spirituality. Overall, this book advances the case for using an inclusive, transformational perspective in future description, conception, and modeling for religious conversion of atheists to conservative forms of Christianity.