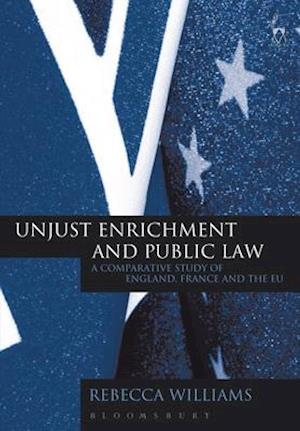 This book examines claims involving unjust enrichment and public bodies in France,England and the EU. Part 1 explores the law as it now stands in England and Wales as a result of cases such as Woolwich EBS v IRC, those resulting from the decision of the European Court of Justice (ECJ) in Metallgesellschaft and Hoechst v IRC and those involving Local Authority swaps transactions. So far these cases have been viewed from either a public or a private law perspective, whereas in fact both branches of the law are relevant, and the author argues that the courts ought not to lose sight of the public law issues when a claim is brought under the private law of unjust enrichment, or vice versa. In order to achieve this a hybrid approach is outlined which would allow the law access to both the public and private law aspects of such cases. Since there has been much discussion, particularly in the context of public body cases, of the relationship between the common law and civilian approaches to unjust enrichment, or enrichment without cause, Part 2 considers the French approach in order to ascertain what lessons it holds for England and Wales.And finally, as the Metallgesellschaft case itself makes clear, no understanding of such cases can be complete without an examination of the relevant EU law. Thus Part 3 investigates the principle of unjust enrichment in the European Union and the division of labour between the European and the domestic courts in the ECJ's so-called 'remedies jurisprudence'. In particular it examines the extent to which the two relevant issues, public law and unjust enrichment, are defined in EU law, and to what extent this remains a task for the domestic courts. Cited with approval in the Court of Appeal by Beatson, LJ in Hemming and others v The Lord Mayor and Citizens of Westminster, [2013] EWCA Civ 5912 Cited with approval in the Supreme Court by Lord Walker, in Test Claimants in the Franked Investment Income Group Litigation (Appellants) v Commissioners of Inland Revenue and another [2012] UKSC 19