- A Design Code of Practice 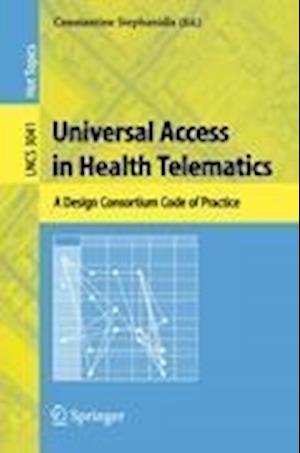 The Information Society is bringing about radical changes in the way people work and interact with each other and with information. In contrast to previous information processing paradigms, where the vast majority of computer-mediated tasks were business-oriented and executed by office workers using the personal computer in its various forms (i. e. , initially alphanumeric terminals and later on graphical user interfaces), the Information Society signifies a growth not only in the range and scope of the tasks, but also in the way in which they are carried out and experienced. To address the resulting dimensions of diversity, the notion of universal access is critically important. Universal access implies the accessibility and usability of Information Society technologies by anyone, anywhere, anytime. Universal access aims to enable equitable access and active participation of potentially all citizens in existing and emerging computer-mediated human activities by developing universally accessible and usable products and services, which are capable of accommodating individual user requirements in different contexts of use and independently of location, target machine, or run-time environment. In the context of the emerging Information Society, universal access becomes predominantly an issue of design, pointing to the compelling need for devising systematic and cost-effective approaches to designing systems that accommodate the requirements of the widest possible range of end-users. Recent developments have emphasized the need to consolidate progress by means of establishing a common vocabulary and a code of design practice, which addresses the specific challenges posed by universal access.