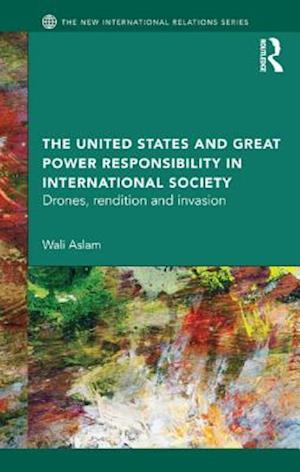 This book evaluates American foreign policy actions from the perspective of great power responsibility, with three case studies: Operation Iraqi Freedom, American drone strikes in Pakistan and the post- 9/11 practice of extraordinary rendition.This book argues that the US invasion of Iraq in 2003, American drone attacks in Pakistan and the practice of extraordinary rendition are the examples of irresponsible actions undertaken by the U.S. acting as a great power in international society. Focusing on a major theoretical approach of International Relations, the English School, this book considers the responsibilities of great powers in international society. It points to three obligations of great powers: to act according to the norm of legality, to act according to the norm of legitimacy, and to adhere to the principles of prudence. The author applies the criteria of legality, legitimacy and prudence, to analyse the three foreign policy endeavours of the U.S., and, developing a normative framework, clarifies the implications for future U.S. foreign policy.This book will be of strong interest to students and scholars of international relations, international relations theory, American politics, foreign policy studies, international law, South Asian studies and Middle Eastern studies.