Unions and Politics in Mexico 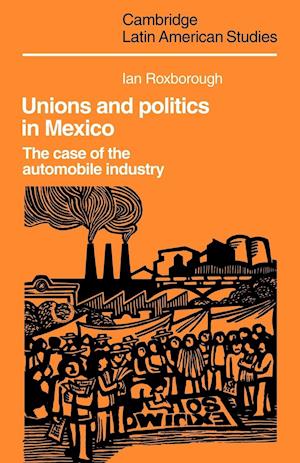 The orthodox view of Mexican history asserts that the political stability and rapid economic growth of the post-war period were due inter alia to state control over the labour movement. On the evidence of his extensive research in Mexico between 1977 and 1982, Ian Roxborough challenges this conventional wisdom, arguing that control over Mexican unions has been more fragile and problematic than appears at first sight. Taking the car industry as a case study, he discusses the upsurge of industrial militancy in the 1970s and explores its possible implications for continued political stability. Focusing on variations in the factory-level organisations of the working class, the account in this book de-emphasises theories which stress class consciousness or which focus on the aristocracy of labour, in favour of a theory that places political and organisational power at the centre of analysis. This study of the grass roots of industrial militancy will have relevance not only for the study of contemporary Mexico but also for general explanations of the politics of labour in the Third World.