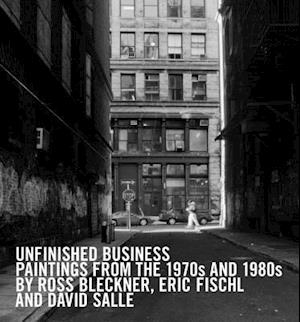 Ross Bleckner, Eric Fischl and David Salle each came intotheir own during the 1980s when they graduated from theCalifornia Institute of Arts and developed painting stylesthat would characterise their work for decades to come. Thisbook examines nine paintings and accompanying drawingsby each artist made between 1975 and 1985, juxtaposingthem in aspects of structure and purpose that have not beenpreviously acknowledged. Featured texts include a reflectionby Mary Heilmann, a timeline organised by Witt Kegel andSarah Silverstein, an analytical essay by David Pagel and anintroduction by Terrie Sultan that draws on intimate interviewsin which the artists expound upon their vision and goals in artschool, their subsequent move to New York and the friendshipthat continues to inspire and motivate each of them in theircurrent homes on Long Island.

Forfattere
Bibliotekernes beskrivelse From Los Angeles to Long Island, the creative journeys of painters, colleagues and friends Ross Bleckner, Eric Fischl and David Salle are the focus of this book that charts their careers and reflects on what is to come. 70 illustrations, 55 in colour; 70 Illustrations, unspecified