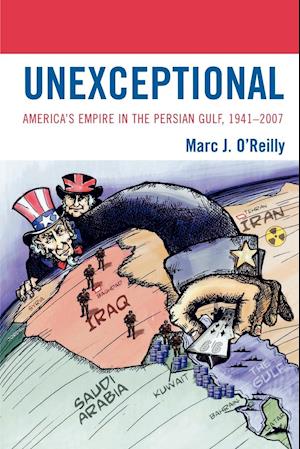 Unexceptional: America's Empire in the Persian Gulf, 1941-2007 examines U.S. policy vis-^-vis the Persian Gulf since the Second World War. It asserts that the American experience in this strategic yet volatile region known for its plentiful oil and gas can be best understood as an unexceptional imperial endeavor similar in kind to that of the British, Ottoman, and other empires in previous centuries. Since 1941, the U.S. empire in the Gulf has achieved successes such as Operation Desert Storm and the invasion of Iraq. Setbacks have included the Iranian Revolution and the ongoing occupation of Iraq. Given these and many other events, which this book spotlights, America's Gulf empire has undergone repeated expansion and contraction_a typical imperial pattern. The result has been a cycle of waxing and waning U.S. influence in a critical region of the world. Until its occupation of Iraq, the United States practiced informal empire in the Gulf rather than colonialism. Currently, however, the formal empire established by the United States in Iraq jeopardizes the overall American position in the Gulf, which seemed unassailable in early 2003.