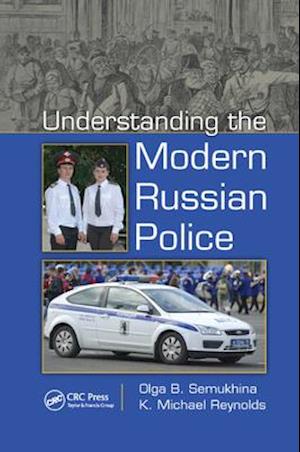 Understanding the Modern Russian Police represents the culmination of ten years of research and an ongoing partnership between the Volgograd Academy of Russian Internal Affairs Ministry (VA MVD) and the Volgograd branch of the Russian Presidential Academy of National Economy and Public Administration (VAPA). The book provides a timely and comprehensive analysis of the historical development, functions, and contemporary challenges faced by the modern Russian police.Spanning more than two centuries of history, the book covers:The tsarist police evolution that witnessed the creation of the Ministry of Internal Affairs of the Russian Federation (MVD) in 1802 and concluding with the 1917 October Revolution The Soviet era from the 1917 October Revolution until Stalin's death in 1953The Khrushchev and Brezhnev periods, and the Soviet police's maturation into a professionally educated and well-equipped law enforcement systemThe transformational period of police development beginning with Gorbachev's perestroika and concluding with the first term of Putin in 2008The structure, authority, and workforce of the modern Russian policePublic-police relationships existing today in RussiaReports by Amnesty International and Human Rights Watch on corruption and abuse of power, along with a legal analysis of practices by the European Court of Human Rights (ECHR)The 2011 Police Reform by MedvedevThe book concludes with some predictions on the future of the Russian police and its potential reforms. Encompassing the efforts of many great researchers from Russia, this exhaustive review of the history of policing in Russia enables readers to comprehend the societal and political forces that have shaped policing in this country.