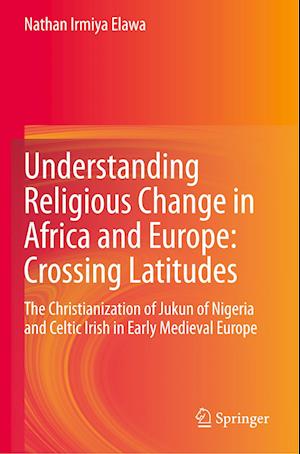 This book examines and compares the religious experience of an African group with a European one. It offers an ethnographical investigation of the Jukun of north central Nigeria. The author also organically weaves into the narrative the Christianization of the Irish in a comparative fashion. Throughout, he makes the case for an African Christianity connected to a Celtic Irish Christianity and vice-versa -- as different threads in a tapestry.This work is a product of a synthesis of archival research in three continents, interviews with surviving first-generation Christians who were active practitioners of the Jukun indigenous religion, and with former missionaries to the Jukun. On the Irish side, it draws from extant primary sources and interviews with scholars in Celtic Irish studies. In addition, pictures, diagrams, and excerpts from British colonial and missionary journals provide a rich contextual understanding of Jukun religious life and practices.The author is among the emerging voices in the study of World Christianity who advocate for the reality of "poly-centres" for Christianity. This perspective recognizes voices from the Global South in the expansion of Christianity. This book serves as a valuable resource for historians, anthropologists, theologians, and those interested in missions studies, both scholars and lay readers seeking to deepen their understanding of World Christianity.