Understanding Movement Parties Through their Communication 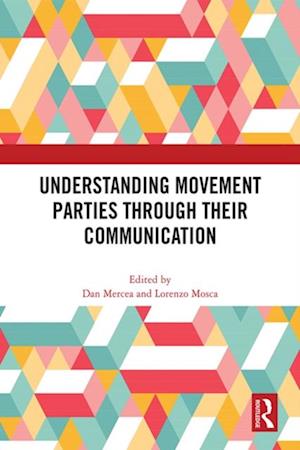 In many countries, movement parties have swayed large tracts of the electorate. Contributions to this edited book reflect on the place of movement parties in democratic politics through analyses of their communication. Reviewing evidence from several countries including cases from Europe, Australia and India where movement parties have gained ground in politics, this book illuminates the important role that communication has played in their rise as well as the issues surrounding it. Movement parties have expressed greater sensitivity to neglected issues, a commitment to renewing links with marginalized social groups through more directchiefly onlinecommunication with them as well as an ambition to overhaul both the party organization and the political system. In doing so, they have signalled a desire to disrupt and reimagine politics. Yet, the critical examination of their effortsand of the communication environment in which they operateagainst questions regarding the quality of democracythrows into relief a mismatch between a participation-oriented rhetoric and concrete democratic practices. Accordingly, contributions draw attention to disconnections between a professed need for more immediate and greater participation in movement party organization and policymaking, on the one hand, their organizational practices and the communication of parties, leaders, and supporters, on the other. This book was originally published as a special issue of the journal, Information, Communication & Society.