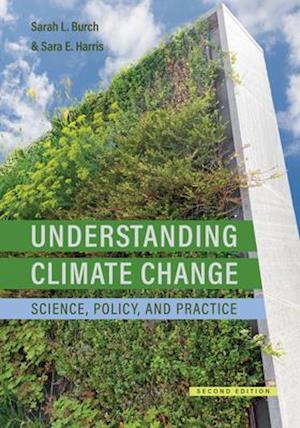 Conversations about climate change are filled with challenges involving complex data, deeply held values, and political issues. Understanding Climate Change examines climate change as both a scientific and a public policy issue. Sarah L. Burch and Sara E. Harris explain the basics of the climate system, climate models and prediction, and human and biophysical impacts, as well as strategies for climate change adaptation and mitigation. The second edition has been fully updated throughout, including coverage of new advances in climate modelling and of the shifting landscape of renewable energy production and distribution. A brand new chapter discusses global governance, including the United Nations Framework Convention on Climate Change and the Paris Agreement, as well as mitigation efforts at the national and subnational levels. This new chapter makes the book even more relevant to climate change courses housed in social sciences departments such as political science and geography.An effective and integrated introduction to an urgent and controversial issue, this book is well-suited to adoption in a variety of introductory climate change courses found in a number of science and social science departments. Its ultimate goal is to equip readers with the tools needed to become constructive participants in the human response to climate change.

Forfattere
Bibliotekernes beskrivelse The second edition of Understanding Climate Change provides readers with a concise, accessible, and holistic picture of the climate change problem, including both the scientific and human dimensions. 70 figures; 16 Illustrations, unspecified