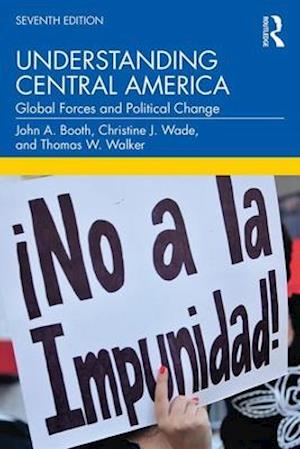 In this seventh edition, John A. Booth, Christine J. Wade, and Thomas W. Walker update a classic in the field which invites students to explore the histories, economies, and politics of Costa Rica, Nicaragua, El Salvador, Guatemala, and Honduras. Covering the region's political and economic development from the early 1800s onward, the authors bring the Central American story up to date.New to the 7th Edition:Analysis of trends in human rights performance, political violence, and evolution of regime types;Updated findings from surveys to examine levels of political participation and support for democratic norms among Central Americans;Historical and current-era material on indigenous peoples and other racial minorities;Discussion of popular attitudes toward political rights for homosexuals, and LGBTQ access to public services; Discussion of women's rights and access to reproductive health services, and women's integration into elective offices;Tracing evolving party systems, national elections, and US policy toward the region under the Obama and Trump administrations;Central America's international concerns including Venezuela's shrinking role as an alternative source of foreign aid and antagonist to US policy in the region, and migration among and through Central American nations.Understanding Central America is an ideal text for all students of Latin American politics and is highly recommended for courses on Central American politics, social systems, and history.