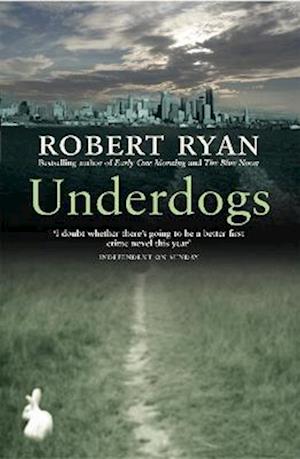 The city of Seattle burned down in 1889. When it was rebuilt, much of the old city remained, buried beneath the modern streets. Nobody really knows what's down there any more... Now a suspected psycho and the eight-year-old girl he has taken hostage during a bungled heist are about to find out, when they crash through the floor of an abandoned warehouse into a street no one has walked down for a hundred years. Pursued by an ex-Vietnam Tunnel Rat brought in by the Seattle PD - a man with one or two mental problems of his own - Hilton Badcock has no choice but to drag young Ali further into the underground maze in search of a way out. But the deeper they go into this strange, secret world, the weirder and more dangerous things get...

Forfattere
Bibliotekernes beskrivelse Combining the high-speed visceral excitement of an early John Carpenter movie with the compelling strangeness of Lewis Carroll, UNDERDOGS takes the reader deep beneath the surface of the contemporary thriller...