Under the Cover of Snow the Royal Unicorns Book One 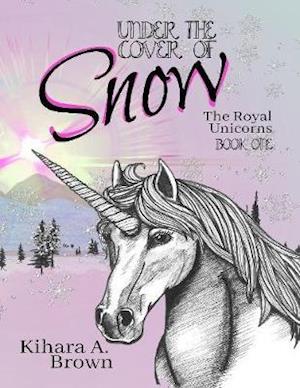 Under the Cover of SnowThe Royal Unicorns Book OneTwelve-year-old Laci tells her cousins it's time to grow up and stop believing in unicorns and magic. Her younger cousins coax her to come with them for a night to find out for herself if the creatures exist. When Laci meets a blessing of unicorns, she learns they need her help to save the world of magical creatures. She agrees to follow the unicorns to their home, Anuel, despite feeling out of place and that she isn't who they say she is. Along the way, the blessing is hunted by their arch enemy who wants to turn Laci and her cousins against the unicorns. Laci finds that both the human and unicorn worlds are threatened by the lurking evil that seeks them. Can she remember her true role in time to save both worlds?