Under Construction: Logics of Urbanism in the Gulf Region

- Wippel, S: Under Construction: Logics of Urbanism in the Gul 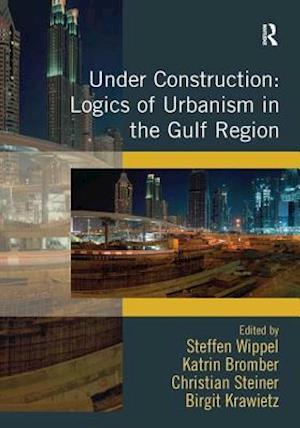 Interdisciplinary in approach, this volume explores and deciphers the symbolic value and iconicity of the built environment in the Arab Gulf Region, its aesthetics, language and performative characteristics. Bringing together a range of studies by artists, curators and scholars, it demonstrates how Dubai appeared - at least until the financial crisis - to be leading the construction race and has already completed a large number of its landmark architecture and strategic facilities. In contrast, cities like the Qatari capital Doha still appear to be heavily 'under construction' and in countries like the Sultanate of Oman, ultra-luxury tourism projects were started only recently. While the construction of artificial islands, theme parks and prestige sport facilities has attracted considerable attention, much less is known about the region's widespread implementation of innovative infrastructure such as global container ports, free zones, inter-island causeways and metro lines. This volume argues that these endeavours are not simply part of a strategy to prepare for the post-oil era for future economic survival and prosperity in the Lower Gulf region, but that they are also aiming to strengthen identitarian patterns and specific national brands. In doing so, they exhibit similar, yet remarkably diverse modes of engaging with certain global trends and present - questionably - distinct ideas for putting themselves on the global map. Each country aims to grab attention with regard to the world-wide flow of goods and capital and thus provide its own citizens with a socially acceptable trajectory for the future. By doing that, the countries in the Gulf are articulating a new semiotic and paradigm of urban development. For the first time, this volume maps these trends in their relation to architecture and infrastructure, in particular by treating them as semiotics in their own right. It suggests that recent developments in this region of the world not only represen

Forfattere
Bibliotekernes beskrivelse Interdisciplinary in approach, this volume explores and deciphers the symbolic value and iconicity of the built environment in the Arab Gulf Region, its aesthetics, language and performative characteristics.