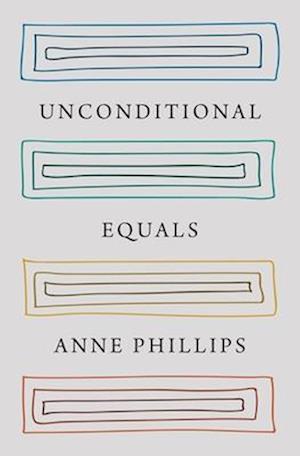 Why equality cannot be conditional on a shared human "nature" but has to be for allFor centuries, ringing declarations about all men being created equal appealed to a shared human nature as the reason to consider ourselves equals. But appeals to natural equality invited gradations of natural difference, and the ambiguity at the heart of "nature" enabled generations to write of people as equal by nature while barely noticing the exclusion of those marked as inferior by their gender, race, or class. Despite what we commonly tell ourselves, these exclusions and gradations continue today. In Unconditional Equals, political philosopher Anne Phillips challenges attempts to justify equality by reference to a shared human nature, arguing that justification turns into conditions and ends up as exclusion. Rejecting the logic of justification, she calls instead for a genuinely unconditional equality.Drawing on political, feminist, and postcolonial theory, Unconditional Equals argues that we should understand equality not as something grounded in shared characteristics but as something people enact when they refuse to be considered inferiors. At a time when the supposedly shared belief in human equality is so patently not shared, the book makes a powerful case for seeing equality as a commitment we make to ourselves and others, and a claim we make on others when they deny us our status as equals.