- Equivalence and Linkage Among Educational Tests 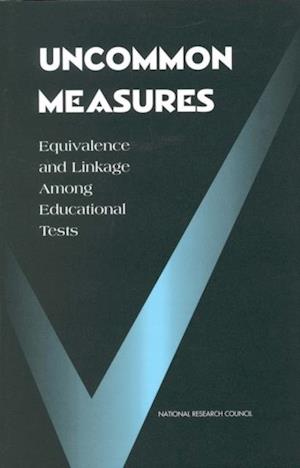 The issues surrounding the comparability of various tests used to assess performance in schools received broad public attention during congressional debate over the Voluntary National Tests proposed by President Clinton in his 1997 State of the Union Address. Proponents of Voluntary National Tests argue that there is no widely understood, challenging benchmark of individual student performance in 4th-grade reading and 8th-grade mathematics, thus the need for a new test. Opponents argue that a statistical linkage among tests already used by states and districts might provide the sort of comparability called for by the president's proposal.Public Law 105-78 requested that the National Research Council study whether an equivalency scale could be developed that would allow test scores from existing commercial tests and state assessments to be compared with each other and with the National Assessment of Education Progress.In this book, the committee reviewed research literature on the statistical and technical aspects of creating valid links between tests and how the content, use, and purposes of education testing in the United States influences the quality and meaning of those links. The book summarizes relevant prior linkage studies and presents a picture of the diversity of state testing programs. It also looks at the unique characteristics of the National Assessment of Educational Progress.Uncommon Measures provides an answer to the question posed by Congress in Public Law 105-78, suggests criteria for evaluating the quality of linkages, and calls for further research to determine the level of precision needed to make inferences about linked tests. In arriving at its conclusions, the committee acknowledged that ultimately policymakers and educators must take responsibility for determining the degree of imprecision they are willing to tolerate in testing and linking. This book provides science-based information with which to make those decisions.