Uncle Remus in Rhythm and Rhyme 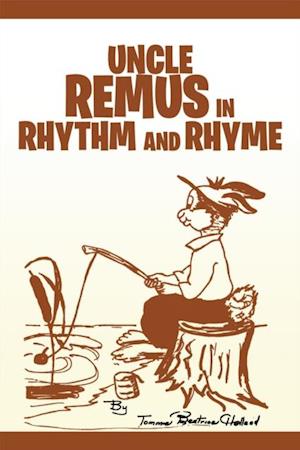 Mrs. Holland was born in Richmond, Kentucky. She was one of nine sisters and brothers. She graduated from Central High School in Cleveland, Ohio, in 1934; received her BS degree in elementary education from Wilberforce University in 1939 and an MS degree from Ball State University in 1964 at the age of forty-five. She had many civic and political experiences. Some of the major accomplishments she made are as chairperson of the Human Relations Committee and Executive Board of the local Richmond (Indiana) Association of Classroom Teachers, chairperson of the Folklore First Black Teacher (twenty-five years) in Richmond, Indiana; choir director of the Bethel AME Church for fifteen years; director of Indiana Civil Rights Commission from 19731977; recipient of the Indiana Wabash Award (highest in the state); lecturer at many colleges and civic organizations; AARP chairperson at North Vernon, Indiana, for two years (age sixty-five); and author. She has also served as an elected board member at Country Squire Lakes, North Vernon, from April 1981 through November 1983. This reprint of the poetic folklore is intended to entertain as well as educate children and adults on how they can not only smile but learn at the same time.