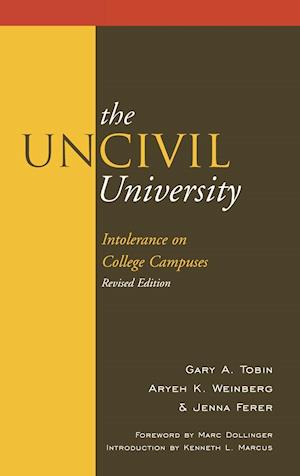 In the name of academic freedom, the core values of higher education-honest scholarship, unbiased research, and diversity of thought and person-have been corrupted by an academy more interested in preserving its privileges than in protecting its own integrity. The American university has lost its civility. Nowhere is this loss more apparent than in the rise of anti-Semitism and anti-Israelism on college campuses. This book documents the alarming rise in bigotry and bullying in the academy, using a range of evidence from first-hand accounts of intimidation of students by anti-Israel professors to anti-Semitic articles in student newspapers and marginalization of pro-Israel scholars. The UnCivil University exposes the unspoken world of double standards, bureaucratic paralysis, and abdication of leadership that not only allows but often supports a vocal minority of extremists on campus.