- The Writings of Kathleen M. Murphy 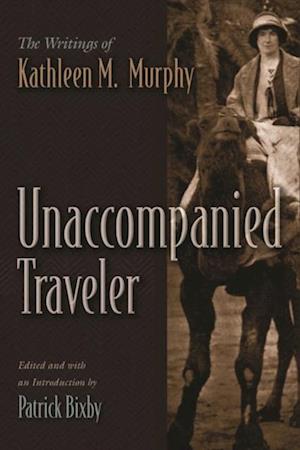 At the time of her death in 1962, Kathleen M. Murphy was recognized as 'the most widely and most knowledgeably travelled Irish woman of her time . . . insofar as she let herself be known to the public at all.' An abiding interest in sacred sites and ancient civilizations took Murphy down the Amazon and over the Andes, into the jungles of Southeast Asia and onto the deserts of the Middle East, above the Arctic Circle and behind the Iron Curtain.After the Second World War, Murphy began publishing a series of vivid, humorous, and often harrowing accounts of her travels in The Capuchin Annual, a journal reaching a largely Catholic and nationalist audience in Ireland and the United States. At home in the Irish midlands, Murphy may have been a modest and retiring figure, but her travelogues shuttle between religious devotion and searching curiosity, primitivist assumptions and probing insights, gender decorum and bold adventuring. Unaccompanied Traveler, with its wide-ranging introduction, detailed notes, and eye-catching maps, retrieves these remarkable accounts from obscurity and presents them to a new generation of readers interested in travel and adventure.