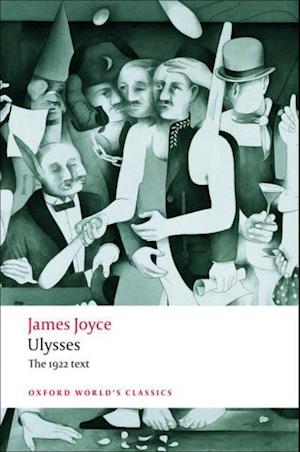 Ulysses, one of the greatest novels of the twentieth century, has had a profound influence on modern fiction. In a series of episodes covering the course of a single day, 16 June 1904, the novel traces the movements of Leopold Bloom and Stephen Dedalus through the streets of Dublin. Each episode has its own literary style, and the epic journey of Odysseus is only one of many correspondencies that add layers of meaning to the text. Ulysses has been the subject of controversy since copies of the first English edition were burned by the New York Post Office Authorities. Today critical interest centres on the authority of the text, and this edition, complete with an invaluable Introduction, notes, and appendices, republishes for the first time, without interference, the original 1922 text. ABOUT THE SERIES: For over 100 years Oxford World's Classics has made available the widest range of literature from around the globe. Each affordable volume reflects Oxford's commitment to scholarship, providing the most accurate text plus a wealth of other valuable features, including expert introductions by leading authorities, helpful notes to clarify the text, up-to-date bibliographies for further study, and much more.